Voice-enabled devices are expected to reach 8 billion by 2023, and we’re already starting to see some consumers move beyond simple commands - and transact.

“Hey Google, ask Supercuts if there is a 9am appointment for a haircut tomorrow?” 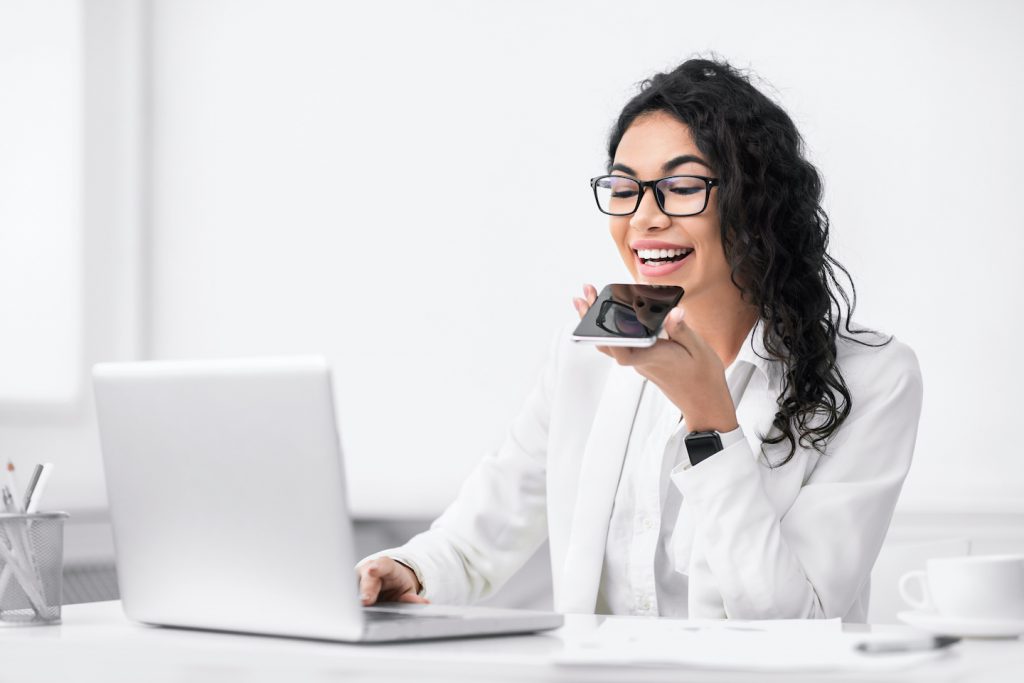 It’s not difficult to see the convenience in being able to book a hairdresser's appointment, make a dinner reservation, order a takeaway, or add grocery items straight into your shopping basket, all by talking to your Alexa, Google, Cortana or whatever.

In fact, people are already using Alexa to order pizza, with Dominos being an early adopter to the space.

Domino’s Alexa Skill allows users to re-order their most recent order, or select a saved favorite. The challenge of moving beyond that is the lack of visual context, because it’s impossible to expect anyone to remember the whole menu read out by Alexa.

“Hey Google, ask Supercuts if there is a 9am appointment for a haircut tomorrow?”

“There are appointments available at:

Going deeper into transacting on voice will ultimately require a more seamless cross-platform experience. That’s what we expect to see more of tomorrow.

Amazon and Google have already launched devices that can be used to display visual output for their assistants’ responses, whilst Facebook has launched its Alexa-powered Portal. These are the beginning of multi-modal voice experiences that can take consumers deeper into transactions in Voice Apps.

But until such devices become mainstream, we’ll mostly just see more simple transactions taking place on voice today. Which is why organizations everywhere need to start thinking about the parts of the customer journey that could be enhanced with voice. And they absolutely need to start building a presence on it now.

Voice commerce is expected to reach more than $80 billion per year by 2023, and you better believe it’s coming.

You know what happened after Domino’s got on voice? Pizza Hut and Pappa John’s got on it too.

Today, Zammo gets you on voice. Tomorrow, we’ll help you transact on it.

News, Articles and Resources
from the Experts

Why is Voice the Future?5 MIN READFirst web, then mobile, now voice. This isn’t a gimmick.  Voice assistants are revolutionizing the way we engage with digital content and brands. And whilst the technology is still relatively new, it’s gained some serious momentum with consumers: There was 2.5 billion voice-enabled devices in use at the end of 2018. One in three U.S. households has an Amazon Echo or Google Home. 65% of people […]

Voice has quickly become ubiquitous with consumers across the globe. It’s on our phones, in our homes, in our workplaces, in our cars – even on our wrists.

Voice-enabled devices are expected to reach 8 billion by 2023, and we’re already starting to see some consumers move beyond simple commands – and transact.

Get Your Organization On Voice Today For Free!

GET MY ORGANIZATION ON VOICE